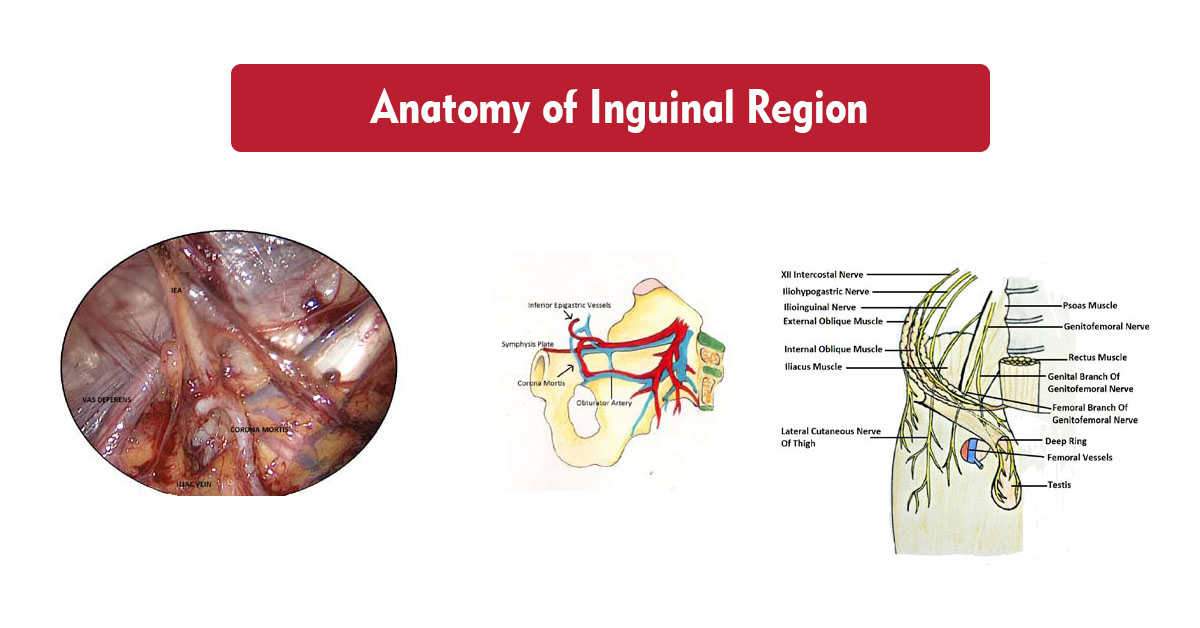 The preperitoneal space that lies deep to the supravesical fossa and the medial umbilical fossa is the prevesical space of Retzius (Described in 1858, by Swedish anatomist Anders Retzius). This space contains loose connective tissue and fat.

Important structures in this space are:

-The inferior epigastric artery gives rise to anterior pubic artery, which accompanied with the iliopubic vein crosses the superior pubic ramus. In 25-30% of individuals, the anterior pubic branch is large and can replace the obturator artery. This large arterial branch (Aberrant obturator artery) can partially encircle the neck of a hernia sac and be injured in a femoral hernia repair. It could also be injured while dissecting on to the Cooper’s ligament. So the whole anastomotic ring is known as the – ‘Corona Mortis’ (circle of death) (10).

The venous circle/ deep venous circulation of Bendavid(11) is located at the subinguinal space of Bogros. It is a network of deep inferior epigastric, rectusial, suprapubic and retropubic veins. These are important because damage to these vessels is easy and usually leads to haematoma formation.

Nerves in the inguinal region: –

The following three nerves are at risk for injury during dissection-

The following nerves are usually not at risk during dissection, but can be injured if excessive pressure is applied during mesh fixation.

Previous Page - Inguinal Anatomy with Peritoneum Intact After the peritoneum is dissected away, six additional structures need to be identified They are Pubic crest (Lighthouse sign), Iliopubic tract,Cooper’s ligament,Femoral canalObturator...

A femoral hernia occurs in the groin junction when the tissues in the lower abdomen push through the upper thigh region Femoral hernia is common in women as the pelvis region is wider in women when compared to men  Femoral canal contain the ligaments...

Anatomy of the Inguinal Region The ‘Myopectineal Orifice of Fruchaud’ All groin (inguinofemoral) hernias originate in a single weak area called the myopectineal orifice This oval, funnel-like, ‘potential’ orifice formed by the...